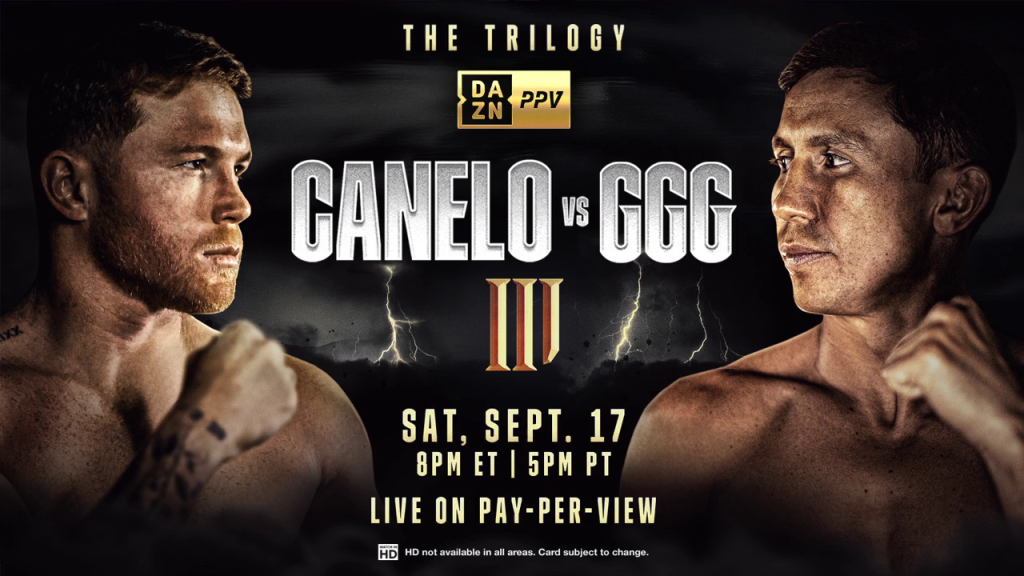 This Saturday the Mexican will expose the four main belts of the super middleweights in the third fight against the Kazakh that will close one of the most important rivalries in modern boxing.

Canelo Álvarez will fight Gennady Golovkin this Saturday, September 17 at the T-Mobile Arena in Las Vegas, United States, in a fight that will complete the trilogy between the two and in which the man from Guadalajara will expose his nickname of undisputed super middleweight champion

What titles will be at stake in Canelo Álvarez vs. Gennady Golovkin 3

Canelo will face the 40-year-old Kazakh in a twelve-round fight in which he will expose the four main belts of the division (International Boxing Federation, World Boxing Council, World Boxing Association and World Boxing Organization) that he obtained in November 2021 when he became the first Latino boxer to achieve such a milestone .

Canelo Alvarez vs. Gennady Golovkin, LIVE: where to watch on TV and ONLINE

The fight can be seen live on ESPN 2 for both Argentina, Mexico and the rest of Latin America, in the following signals:

Meanwhile, for the United States, the broadcast will be pay-per-view and it is expected that in Mexico it will also be seen on open television through Box Azteca.

The first fight between the two was in 2017 and ended in controversy after the judges decreed a draw. However, a year later there was revenge. Although it was originally going to be in May, it was postponed to September because Canelo was suspended for six months for taking clenbuterol for eating contaminated meat. Finally, the Mexican boxer was left with the victory by majority decision with cards that showed 115-113, 114-114 and 115-113.

Canelo fights again after the fall with Bivol

In his last presentation in a ring, the Mexican was seen surpassed as had rarely happened. It is that Canelo went up to light heavyweight to face Dmitry Bivol for the WBA belt and was widely surpassed by the Russian, who made the difference in kilos weigh and won by unanimous decision. Now, the man from Guadalajara will seek to redeem himself from that poor image.